Using the SE-1000 for your Food and Garden 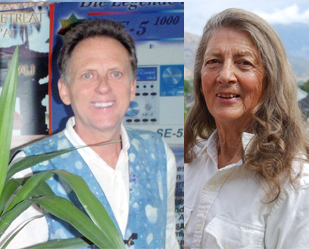 Lutie Larsen discovered radionics in 1974 when she was in the middle of raising a family of 10. They had recently moved to Utah, purchased 2 1/2 acre homestead and she was looking at more natural ways to resolve the day to day family issues. Radionics proved to be a perfect choice.

Lutie first started using her radionic skills on the family garden. The Utah desert soil was not the easiest soil to develop into a bountiful garden!

First Aid techniques were soon developed for cuts and bruises, Common conditions like colds and flu gave us an opportunity to practice, observe and find the key IDFs to resolve the problem.

"We were gathering information along with new peas from the garden and trying to figure out the natural laws that ruled growth." said Lutie. "I have a healthy respect for the integrity inherent in each plant, insect, soil and tree.

I love the beautiful Earth!

In this course there were a lot of questions submitted. I really like questions so i am including my on-the-spot answers as well as demos on using the LFHG (Little Farm Home Garden) database, which will be included in this course as a download.

I feel that the SE-5 1000 user should take advantage of the ability to have a variety of specific databases. And I especially like to keep my agricultural rates separate from my "people, animal" associated tunings.

I also have session templates to help you get started. These can be used both to evaluate and to modify and run as a balancing session.

Some of these will be specific to the project and you may not need them. Leave them in the sessions folder and don't import them until you need them.

A Note to all prospective students;

I have chosen to post a course before it is completely there. This way I can add material and keep it current for a longer period of time. I have an open comment block with each lecture I publish for you to ask questions, request specific info and to help me make techniques clear.

After considerable thought I have come up with my own "fee for Course" plan. When I start out with a course I will set up an outline of the various lectures I plan to publish (in that course). The fee for that course will be less but will not change for you if you enroll (and are patient to take the risk). If it is a big course that fee may be $300. When it is "complete" the fee may be listed as $495. It is totally what works for you.

I like this plan because we both win and it helps me to keep myself focused. Your questions are highly valuable to me (and to the rest of us in the course). You can also email me at [email protected] with any questions or suggestions.